1337HUANIA and FiGURE05 round out LAN finals team list

WE HAVE FOUND OUR SEASON 3 LAN FINALISTS!

The online part of BESL Pro Season 3 is now officially over as we have successfully found the four teams that are going to travel to Riga, Latvia on 1st of June in order to battle for their share of the €9,000 prize pool and the right to call themselves the best in Baltics!

The seventh, final week of BESL Pro Season 3 saw progress in the bottom half of the playoff bracket as the final set of ¼ finals was played out.

Our third BESL Pro Season 3 LAN finalist was found on Friday in a match between FiGURE05 and ayned. Just like last week, our off-stream game ended in two maps with both of them being closer than the series scoreline suggests.

The second to last ¼ final began on FiGURE05’s map pick of nuke where Lithuanians quickly ran away with a very dominant 13:2 CT side as Estonians had opted to start on T side. Upon the side switch, ayned started mounting a comeback, but after string of succesful round from Estonians, FiGURE05 eventually squeezed out the three rounds that were needed in order to kick off the series with a 16:10 victory.

The map pick of ayned, mirage, was up next and yet again Lithuanians were the ones taking the early lead with a 10:5 first half victory. Now playing on the Terrorist side, FiGURE05 began to struggle while Estonians regained momentum and tied things up at 15:15. In the overtime, though, Lithuanians gave no chances as they instantly took the four rounds needed, thus winning the map 19:15 and booking themselves a trip to Riga!

Match of the Week -

1337HUANIA chose mirage to kick off our match of the week series and while early T side pistol round loss gave their opponents, Lamp, the initial two round lead (0:2), Lithuanians quickly got the grasp of the game once they had access to full weaponry. With ten of the remaining thirteen rounds going in their favor, 1337HUANIA closed out the first half with a solid 10:5 lead. Now playing on the Counter-Terrorist side, Lithuanians proceeded to witness success as they won four rounds (14:5) before Lamp finally answered back with five of their own (14:10). However, the dream of a comeback was short-lived for Lamp as after four more rounds played, 1337HUANIA had found their 16th closing out the map with a 16:12 victory.

The final map of the series, inferno, saw 1337HUANIA successfully shifting the momentum from mirage into an early 4:0 lead. But, similarly to Lithuanians themselves, this time around Lamp showed why this was their map of choice as they turned things around and won the half 7:8 in their favor. Upon the side switch, teams proceeded trading blows with rounds going back and forth. In the end, though, 1337HUANIA were the ones who managed to come out on top of this intense duel as they closed out the game right at the thirty round mark with a scoreline of 16:14, thus earning themselves a spot in the LAN finals on 1st of June.

As previously mentioned, we’ve now officially found all four of our BESL Pro Season 3 LAN finalists and they are - WORTEX, wolsung, 1337HUANIA and FiGURE05! 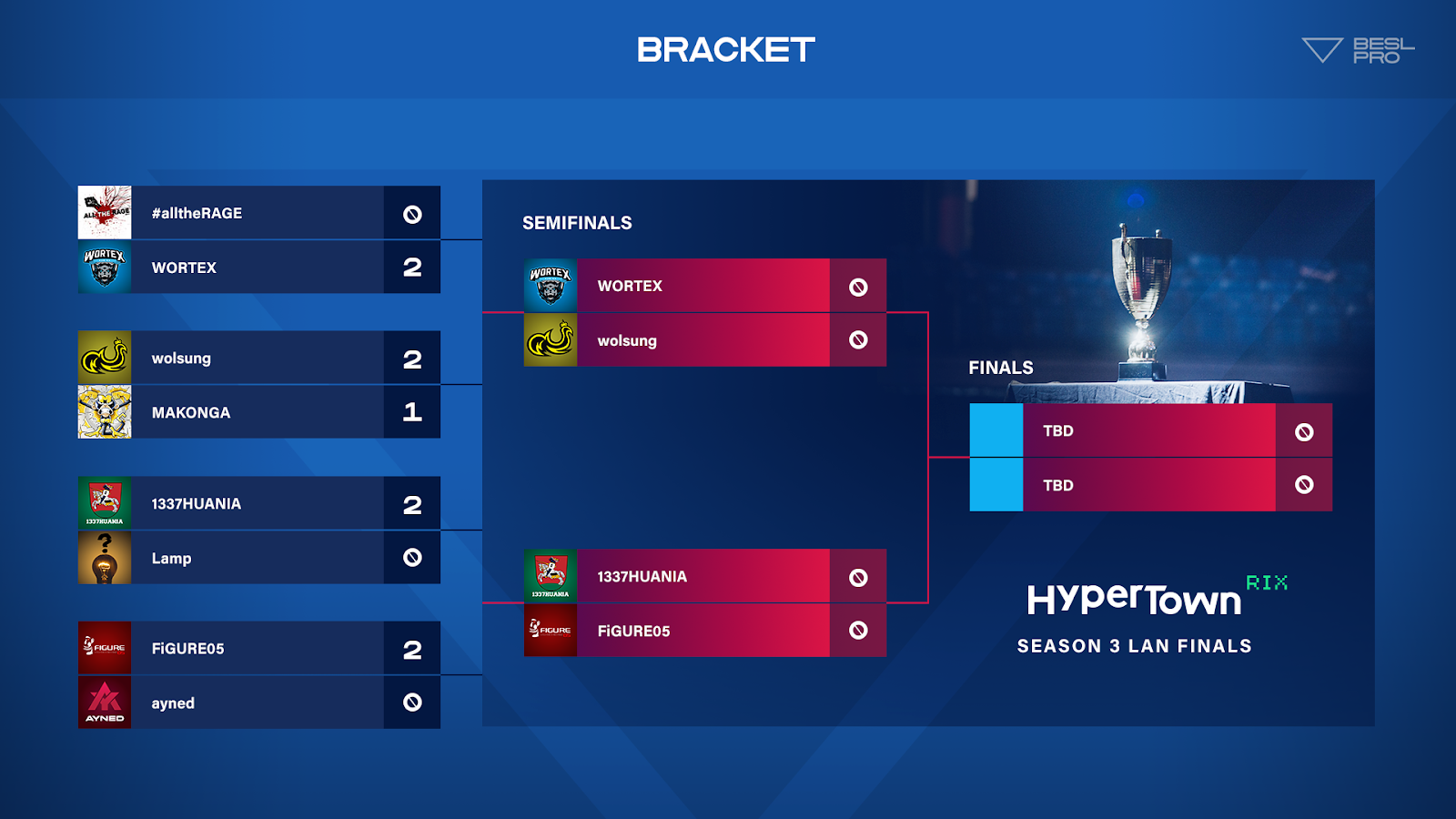 On 1st of June, these four teams are going meet each other at Kipsala exhibition center in Riga, Latvia as they will finish playing out the single elimination playoff bracket with the winner taking home the beautiful BESL Pro champions trophy and a check for €2,500!

A look at the finalist: WORTEX

A look at the finalist: wolsung
Password reset sent!