Carcass & prochas about their journey in Season 3 thus far

We are currently in the middle of BESL Pro Season 3’s regular season and while some teams are still competing in the Swiss group stage for their chance to advance to the playoffs, there are two Lithuanian teams that have done it already - 1337HUANIA and alltheRAGE!

Both of these teams were undefeated in the Swiss group stage boasting a clean 3-0 win-loss record. 1337HUANIA took down the likes of Timechasers, MALCO and wolsung (forfeit win), while alltheRAGE did the same thing to a different trio - LESGEDI, SkinLordz and FiGURE05.

With a spot in the playoffs now secured, both of these teams have few weeks (2-3; depending on the playoff bracket draw) that they can use to practice their craft, scout out their opponents or just relax. 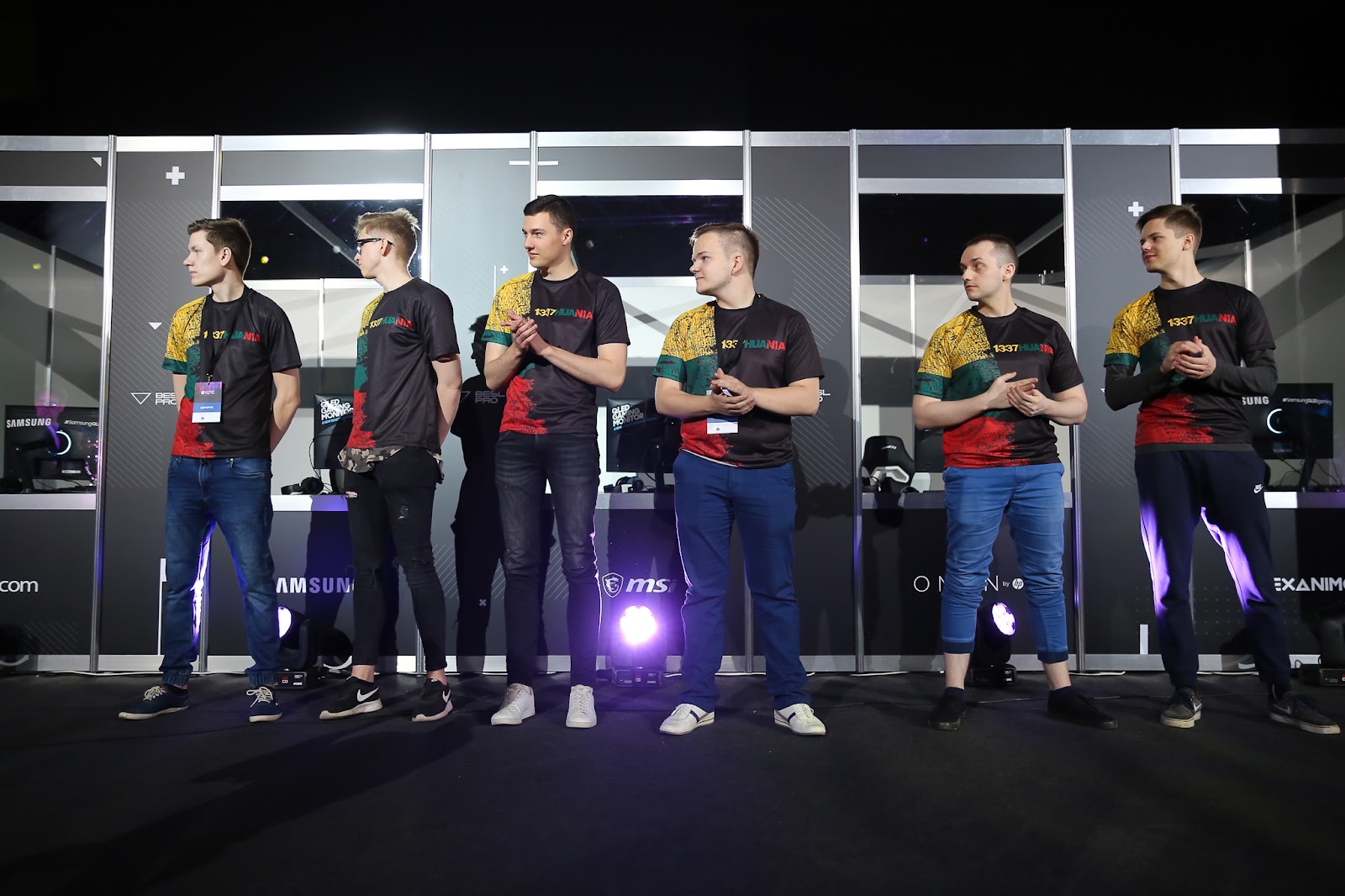 We sat down with both the captains of 1337HUANIA and alltheRAGE, namely Carcass and prochas, to have a little chat about the season they’ve had here thus far. Enjoy!

*interview conducted by our head admin Gekons on 20th of April

First of all - congratulations on your success here in the BESL Pro Season 3! Looking back at the start of the season, were you guys confident that you are going to make it into playoffs?

ATR.prochas: Yes, we had no doubt in our minds that we will secure our place in the playoffs. The only thing that we thought was going to be different was our win-loss record. We finished this stage with a clean 3-0, but we thought it was going to be at least 3-1 or maybe even 3-2.

The first two seasons of BESL Pro were played out using the traditional league format of round-robin, but this time around things have changed and teams are now competing in Swiss groups while transitioning into playoffs a bit earlier than the LAN finals. Do you like the new format or would you’ve prefered the old one instead?

1337.Carcass: This format is definitely better for me and my team as it requires us (favorites) to play less matches than the old round-robin in order to get to the LAN finals.

ATR.prochas: This format is much better, because it emphasizes the importance of each game, so you can never relax and take things easy, you have to stay focused all the time.

Do you think that the new format gives advantage to favorites more than the underdogs or vice versa? Or would you say that there are no advantages to anyone here in the Swiss groups as the teams that deserve to be in the LAN finals will make it regardless of the format?

1337.Carcass: I thinks it’s pretty balanced, because swiss groups being bo3 is an advantage for favorites, but at the same time, underdogs can still climb back and have a chance to qualify for LAN finals in playoffs.

ATR.prochas: I think there are no advantages, because everyone has equal chances to progress from Swiss groups to playoffs. Additionally, in this format, we don’t really put teams into categories as all the teams can be dangerous if you are not prepared or just underestimate them.

From the three matches (two for 1337HUANIA) you had here thus far, which one would you say was the hardest, and which one was the easiest?

1337.Carcass: The hardest one was against wolsung! Really close game that could’ve gone either way, GGs to them (haha). But on a serious note - the hardest game we played here thus far was definitely against MALCO as it went to all 3 maps. As for the easiest - Timechasers.

ATR.prochas: The hardest match was against FiGURE05, because it was really close and there was a real possibility that we can lose it. As for the easy games - I would say that there were none as all our opponents were quite strong.

1337.Carcass: We wouldn’t like to face wolsung in the quarter-finals, because this would lead to one of the favorites (either us or them) not making the LAN finals. Similar thing happened in BEL where wolsung lost in the semi’s and the finals were without them unfortunately.

ATR.prochas: That would be wolsung, because they have a very good roster and right now I would say that they are the favorites to win the whole league this season.

Besides your team, name three other teams that you think are going to make it to LAN finals with you and explain why you picked them!

1337.Carcass: I think that three teams that are mostly likely to make it to LAN finals are wolsung, alltheRAGE and ayned. The wolsung one is a no-brainer as they have the core of pro100 team and alltheRAGE and ayned both have very strong individual players. The latter proved themselves by placing 2nd in BEL, while the former is, in my opinion, the strongest Estonian team at the moment.

ATR.prochas: Those would be wolsung, 1337HUANIA and ayned. All these teams boast huge amounts of experience, while also having great individual players. These are the qualities that let them compete for that number one spot.

If you guys go all the way to the grand final of BESL Pro Season 3, which team, of the three you previously mentioned, would you want to face there and why?

1337.Carcass: We would like to face wolsung in the finals for sure! They are the Season 2 champions, so it would be a lot of fun to play against them in the finals in front of their home crowd.

ATR.prochas: We would like to play against 1337HUANIA in the grand final, because we lost against them in a final not so long ago and now it’s time to get revenge!

Thanks for your time guys and best of luck to you in the playoffs! Any final words, shoutouts or sponsor plugs?

1337.Carcass: Thank you! Shoutout to all the Lithuanian fans supporting our team! <3

ATR.prochas: I hope everyone has a good competition here and best wishes for SAVAI ŠAIKELEI.

FiGURE05 to playoffs; round 5 matches determined