This week’s Player Spotlight goes to the captain of team 1337HUANIA: 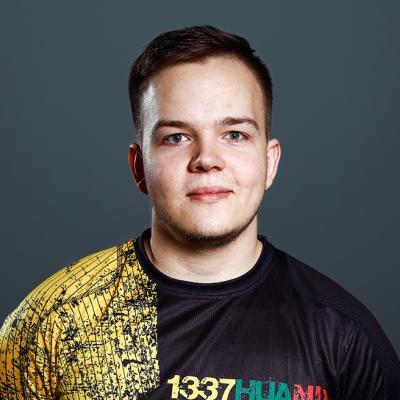 The first nickname that you had: Metras

How did you come up with your current nickname: At that time I was trying to play WoW and went up with undead race so I searched for some English words that had a meaning related to something gross and here I am.

Baltic state all-star team: EspiranTo, broky, ropz, Bymas, YEKINDAR (not sure who would IGL though)

Favorite map: Don’t have one

Best teammate ever played with: Aikas

Worst teammate ever played with: No one

One thing you would change about CS:GO: This game is perfect :D

Does age affect performance in CS:GO: No

Best song to hype yourself up before an official game: Same with an official game - I prefer just to talk before the game and have some fun instead of hyping myself up with some music.

Band/artist that you would want to see perform LIVE: Red Hot Chilli Peppers

TOP3 favorite songs: Don’t have any, to be honest, my playlist is always changing based on mood.

Music genre that you would never listen to: Hard metal

Movie/TV show character that you would want to hang out with: Tom Shelby from Peaky Blinders

TOP3 favorite streamers: Don’t have like a set-top as I’m just basically watching few Lithuanian streamers and CS:GO events or Dota2 The International.

What games do you play outside of CS:GO: Dota2 and that's basically it.