This week’s Player Spotlight goes to a player from LESGEDI: 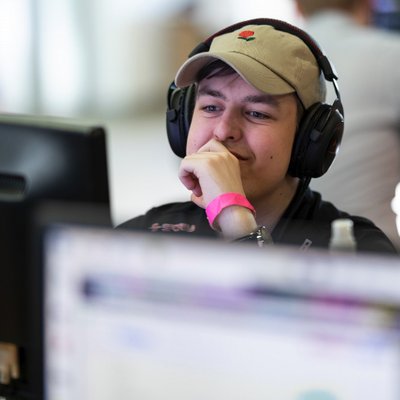 How did you come up with your current nickname: Can't remember anymore, doesn't mean anything so it's just a random combination of letters

Playing in BESL Pro for: 5 seasons

The best AWP player in the world: woxic

The best teammate ever played with: ZIILA/fejtZ

Worst teammate ever played with: noone

Favorite position to hold: train connector with awp or close pop with rifle

One thing you would change about CS:GO: remove vertigo from the map pool

Best song to listen to while playing DM/Botz: Usually listen to some DnB playlist

Best song to hype yourself up before an official game: Ran-D - Zombie

Does pineapple belong on pizza? Yes

Band/artist that you would want to see perform LIVE: Chase & Status

Music genre that you would never listen to: I listen to everything I like

Movie/TV show character that you would want to hang out with: Joey from Friends

The first video game you ever played: can't remember

What games do you play outside of CS:GO: TFT and also League of Legends sometimes