This week’s Player Spotlight goes to the captain of team WORTEX: 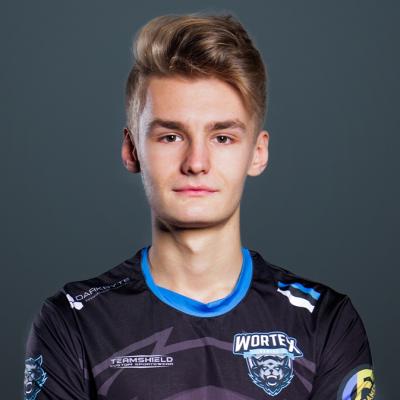 The first nickname that you had: nipzteR

How did you come up with your current nickname: Back in the day I used to play a lot of 1.6 pubs and I was obsessed with the /rank feature. Every time you'd change your nick, your rank would reset so I kept changing and finally decided to stay with zteek. Eventually, my rank dropped again and I added an extra E and here I am. Kept it ever since.

Biggest achievements in CS:GO: Probably champions of PlayFair 2018 or 3th-4th at BESL Pro every season.

Most underrated player: jks from Renegades.

Best AWP player in Baltic states: I don't even know any other primary AWP players except GOD sperr so I'll go with him.

The best teammate ever played with: I've known DoisTa since we were 2-3 years old so I got some real love for this guy.

Worst teammate ever played with: I hate questions like these. Maybe PhilEba only because he lacked the motivation to play but he had so much to offer.

Best LAN event you’ve attended: I don't have a specific one, but TTÜ has always done everything top-notch.

Worst LAN event you’ve attended: TTG, a LAN series that was held in Tartu, Estonia. They've had delays and other problems every single LAN. It was terrible.

Favorite position to hold: Don’t have a preference really.

One thing you would change about CS:GO: Take out vertigo and add cobble or cache back into the map pool.

Should VAC-banned players get a second chance: Depends on the case.

Best song to hype yourself up before an official game: Azad - Sweet (Prod. Hucci)

Band/artist that you would want to see perform LIVE: 6ix9ine

Music genre that you would never listen to: Country

Movie/TV show character that you would want to hang out with: Don’t know honestly.

The first video game you ever played: Some kind of Super Mario probably.

What games do you play outside of CS:GO: Oldschool Runescape, League of Legends and HearthStone.