The Swiss group stage of BESL Pro Season 3 is now behind us and coming up next we have four epic battles that are going to either make dreams come true or crush them into pieces.

Eight teams have reached the playoff bracket, but only four of them will earn a spot at the LAN finals held in Riga, Latvia at Kipsala exhibition center on 1st of June.

Before we jump into the action, we decided to do a little prediction game between our casters, head admin and captains of the teams that have been eliminated.

Without a further ado, here are the Season 3 playoff bracket predictions: 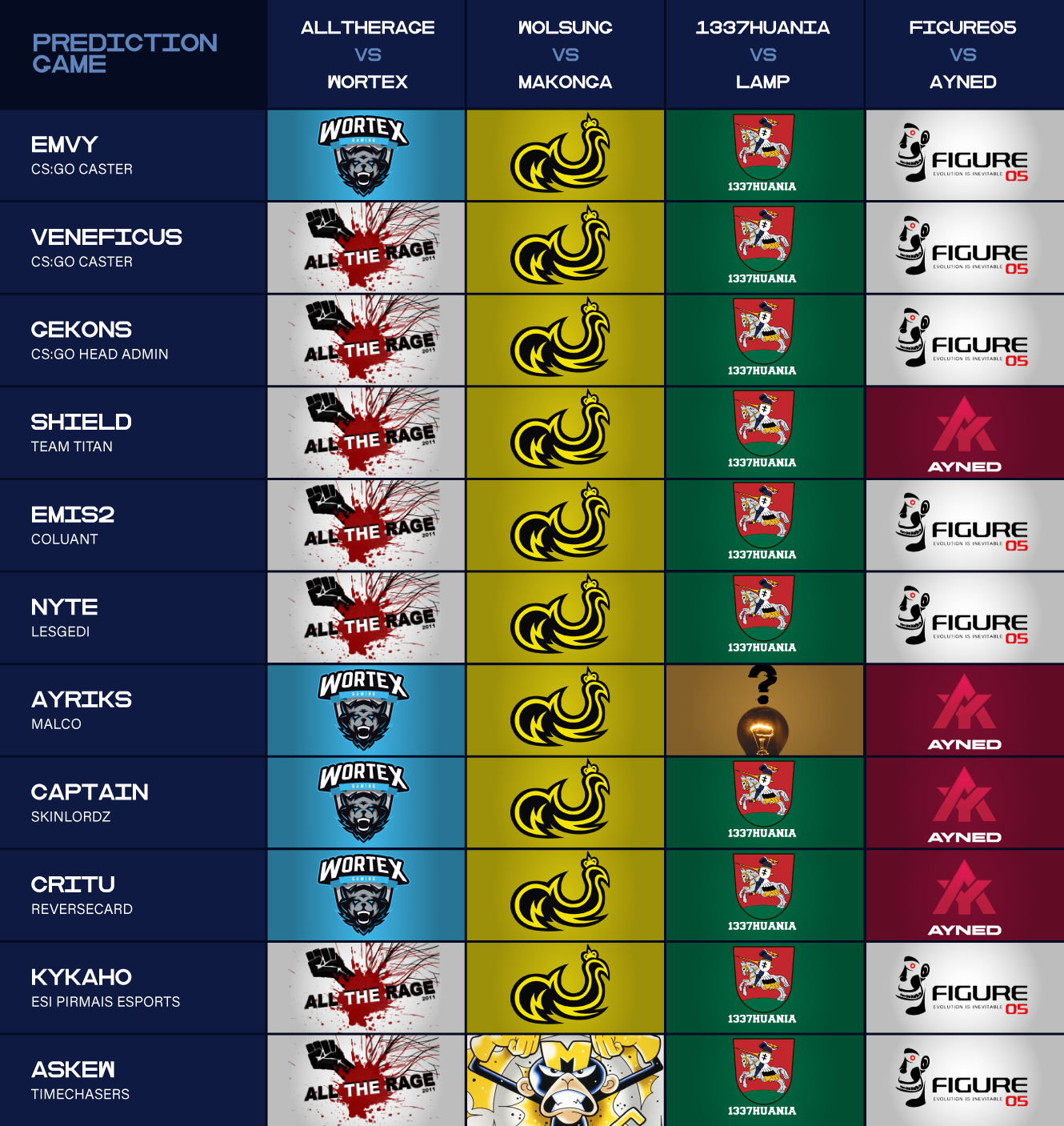 While there is obviously nothing really at stake here, one thing that is always on the table when doing forecasts is bragging rights! The winner of this prediction game will surely be allowed to call himself the king of predictions.

Let us know what your playoff bracket predictions are by tweeting to us and you might appear on stream at some point in time!

wolsung and WORTEX through to LAN finals