The sixth week of BESL Pro Season 4 competition saw the first round matches of the playoff bracket being played out with all the ¼ final games now being done and dusted.

The winners of the said ¼ final games are now moving on to the last week of the competition where another successful outcome will guarantee them a trip to the Saku Suurhall arena in Tallinn.

As previously mentioned, the first round of the Single Elimination playoff bracket has now been played out with four teams advancing to the semi-finals, while the other four are now eliminated, finishing in the 5th-8th place.

Week 7 of our competition is going to see the remaining four teams battling it out in their respective semi-final game series with the winners moving on to the most important game of the season - the grand final. 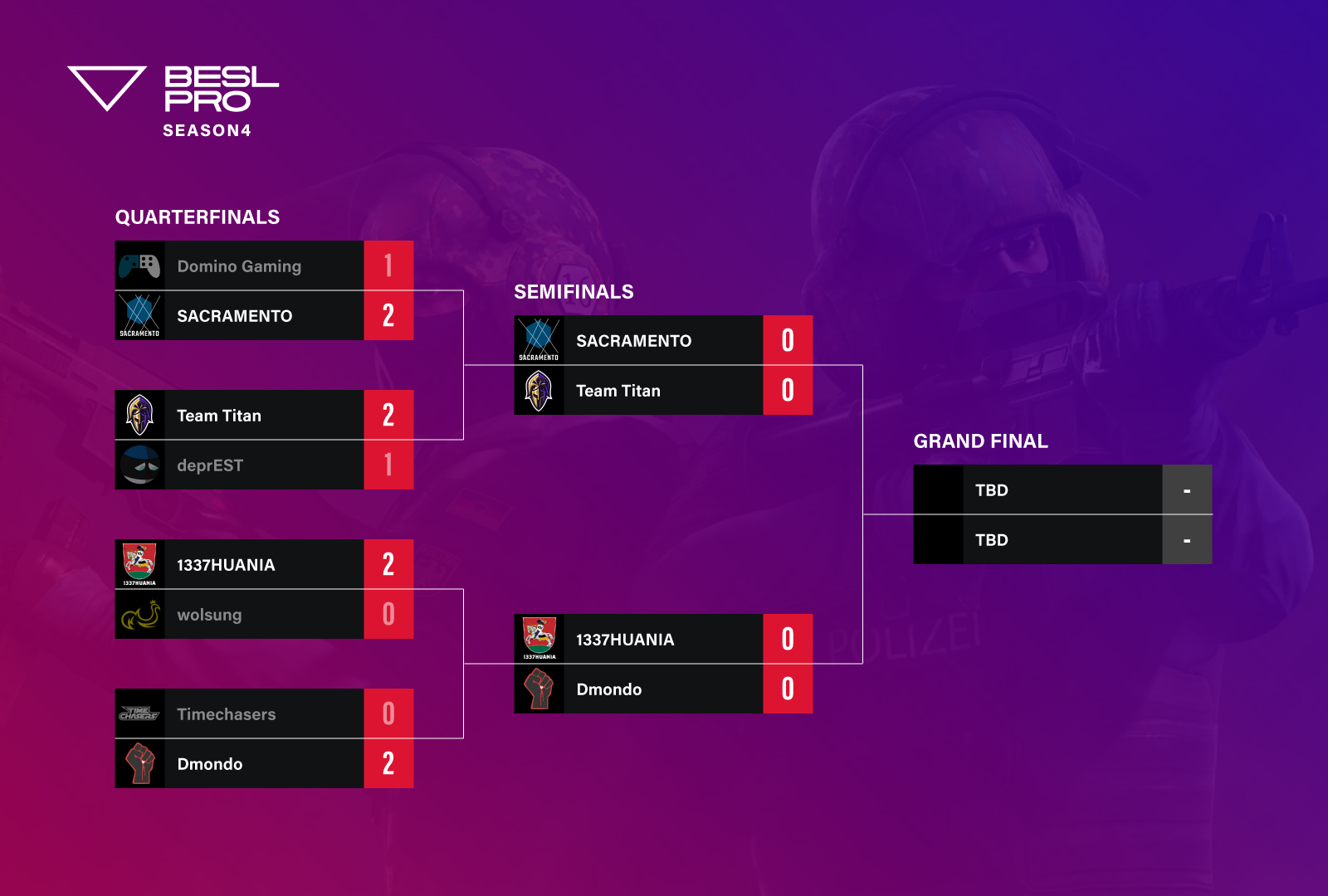 The grand final itself, however, is going to take place on the 23rd of November in Saku Suurhall at HyperTown Tallinn 2019 and it’s going to be played out in an epic best-of-five game series in order to determine who goes home with the lion share of the €9,000 prize pool and the right to call themselves the best in Baltic states!

Visit hypertown.pro for more information about the festival and tickets.

For the last and final week of our online part of the competition we’ve decided not to choose specific game series to feature on our broadcasts, but instead, we’re going to show them both!

Yes, you read that correctly! The final week is going to have both the semi-final game series being broadcast one after the other on Saturday, 9th of November in all three languages - Latvian, Estonian and Lithuanian!

Domino Gaming vs SACRAMENTO to be re-played
Password reset sent!