As we hop into the last and final week of the BESL Pro Season 4 online part of the competition, we thought that it would be fun to keep the tradition of prediction game alive and similarly to last season, we’re here to bring you the predictions of not only our casters but also the players that have already been eliminated!

The winners of both of these duels are going to move onwards to the grand final that is going to take place on the 23rd of November in Saku Suurhall at HyperTown Tallinn 2019. The grand final itself is going to be played out in an epic best-of-five game series with the winner taking home the BESL Pro champions trophy and a check for €3,000! 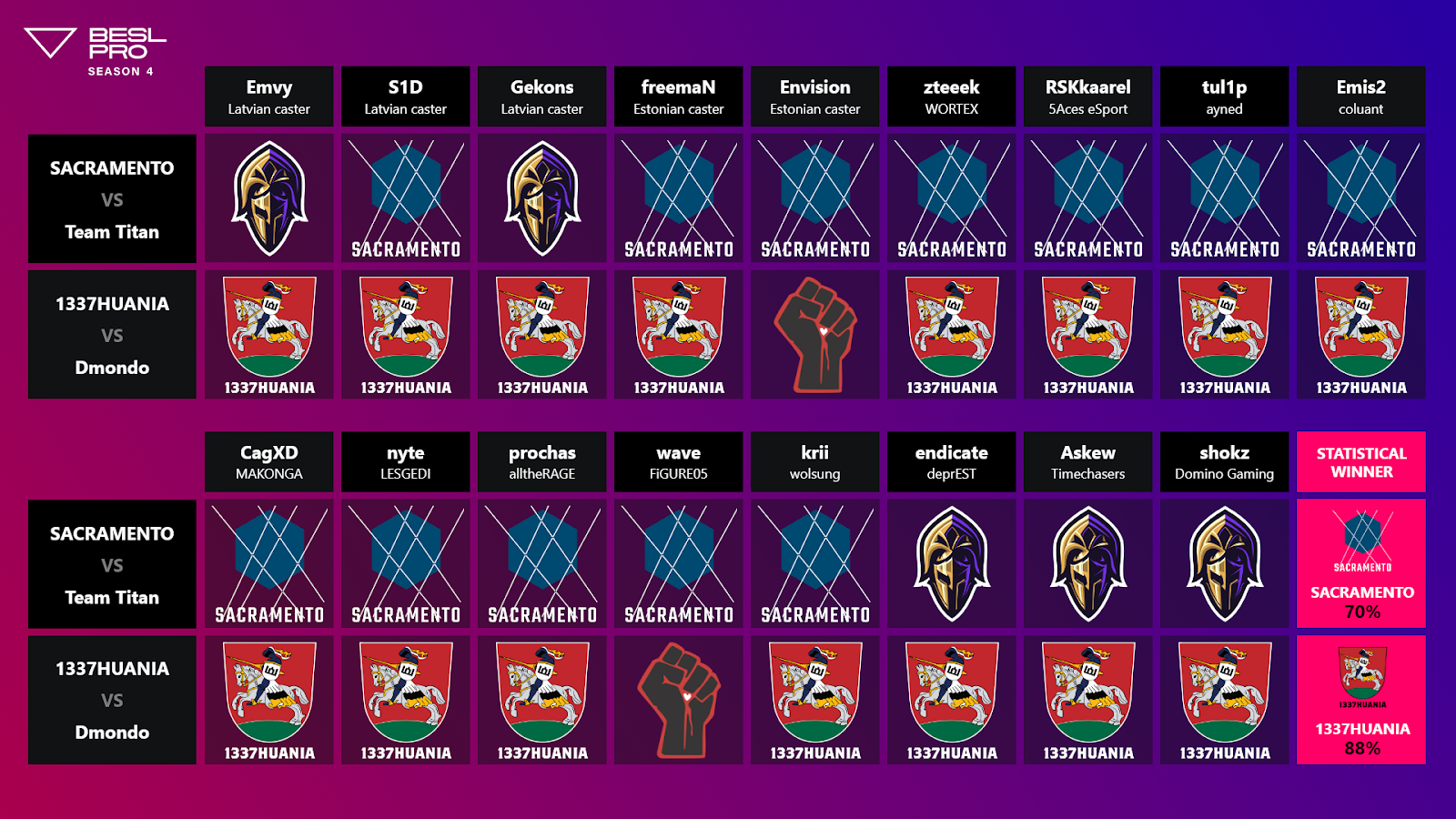 While there is obviously nothing really at stake here, one thing that is always on the table when doing forecasts is bragging rights and the right to call yourself the king of predictions if you do end up being correct!

BESL Pro Season 4 is a seven-week competition between the sixteen best Baltic state CS:GO teams for their share of the €9,000 prize pool and the right to call themselves the best in Baltic states.

The two best teams from the online part of the competition are going to meet each other in an epic best-of-five grand final on the 23rd of November in Saku Suurhall at HyperTown Tallinn 2019. Visit hypertown.pro for more info about the festival and tickets.

Domino Gaming vs SACRAMENTO to be re-played