As BESL Pro Season 4 competition reaches the end of its fifth week, the initial Swiss group stage is now officially over and we can move onto the spicy part - the playoffs!

In case you have not heard about the Swiss format before, feel free to check out our season announcement article’s format section that has an in-depth explanation of how this format works.

The final week of the Swiss group stage was do or die time for six teams that after four weeks of play held a win-loss record of 2-2. While the importance of these last matches was undeniable and suffering another defeat here was just not an option for any of the teams, someone had to lose in order for someone else to win.

Before drawing the matchups, teams were seeded using the Buchholz system that takes into consideration what level of opponents each team has played against previously. It determines how hard a team's route has been thus far by summing up the scores of their opponents.

After that, teams were matched up against each other based on these seeds while keeping in mind the fact that during the Swiss group stage teams can’t play each other more than once. Week 5 match results can be seen down below.

The end of the Swiss group stage marks the finish line for eight of the sixteen competitors, while the other set of eight moves onwards to the playoffs. Here’s how it looks right now:

The aforementioned eight teams have now been drawn into a single-elimination playoffs bracket. In order to draw the bracket, teams were seeded based on two criteria: 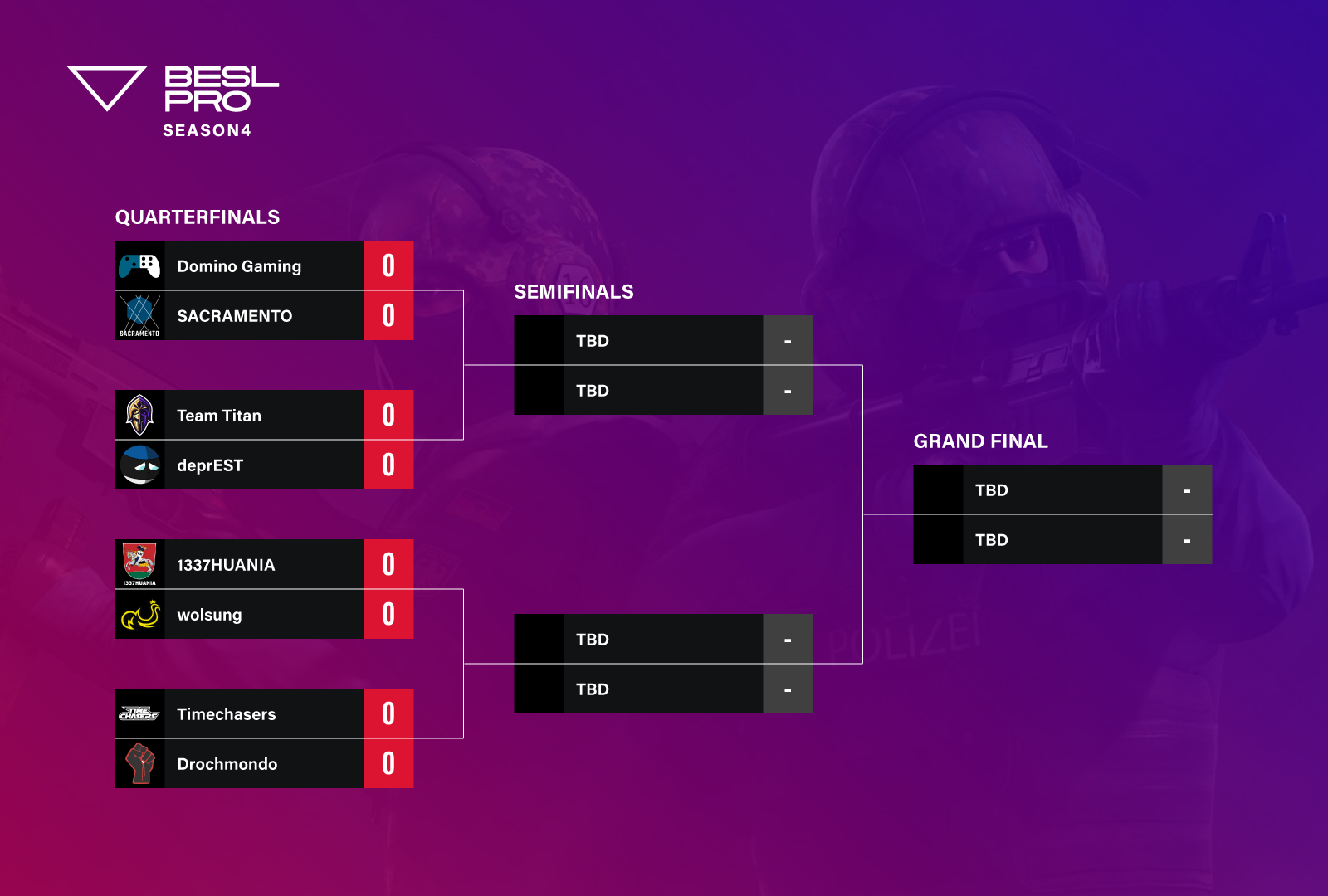 Week 6 of our competition is going to see all four of the ¼ final games being played out, while week 7 is going to feature both of the semi-finals. The grand final, however, is going to take place on the 23rd of November in Saku Suurhall at HyperTown Tallinn 2019 and it’s going to be played out in an epic best-of-five game series in order to determine who goes home with the lion share of the €9,000 prize pool and the right to call themselves the best in Baltic states!

Visit hypertown.pro for more information about the festival and tickets.

Here’s how it works:

All three broadcasts will prioritize featuring teams from their respective countries.

Latvian match of the week

The first ¼ final game series that has now been set in stone for the Latvian broadcast team to be featured on Saturday, 2nd of November, at 16:00 Baltic time, is:

Information about the ¼ final game series that are going to be featured on Lithuanian and Estonian broadcasts is going to be posted on our social media channels.