On the 23rd of November, the two best Baltic state teams met each other in Tallinn, Estonia on the HyperTown Tallinn 2019 esports stage in order to determine who’s going to take home the beautiful BESL Pro champions trophy and the check for €990!

The culmination of the €2,000 competition came in the form of an epic best-of-nine grand final series between team Timechasers and Team Black Diamond.

Starting off the long awaited finals, Timechasers waste absolutely no time and put the pedal to the medal, scoring their first goal within a minute of game 1. Team Black Diamond, although not giving up and scoring one of their own, unfortunately, still lost the first game 4:1.

In game 2, both teams display strict caution. The first goal only happened halfway into the game by Timechasers. This, however, was enough to achieve their victory and score another goal - a buzzerbeater at zero seconds, ending the game 2:0.

During game 3, we witness yet again a similar defensive scenario, and once more Timechasers prove to be fierce opponents, forcing Team Black Diamond to defend far more than they would like. This ceaseless pressure allowed Timechasers to take their third win with a score of 2:1.

Game 4 is where it seemed things are turning up for Team Black Diamond, with them taking their first lead in the series and scoring the first goal within a minute. Timechasers, however, would not let that last, and tied the game up within the next. Using this momentum, they won again, scoring 4 more goals and ending the game 5:1.

Now, standing on match point, Timechasers go into game 5 roaring, scoring the first goal within just 3 seconds. This snowball did not stop throughout the game, and Timechasers end it yet again 5:1, dropping no games in the entire series and becoming the champions of BESL Pro Season 4.

In case you missed the epic BESL Pro Season 4 grand final, be sure to check out the VOD down below:

Below you can see the BESL Pro Season 4 final standings: 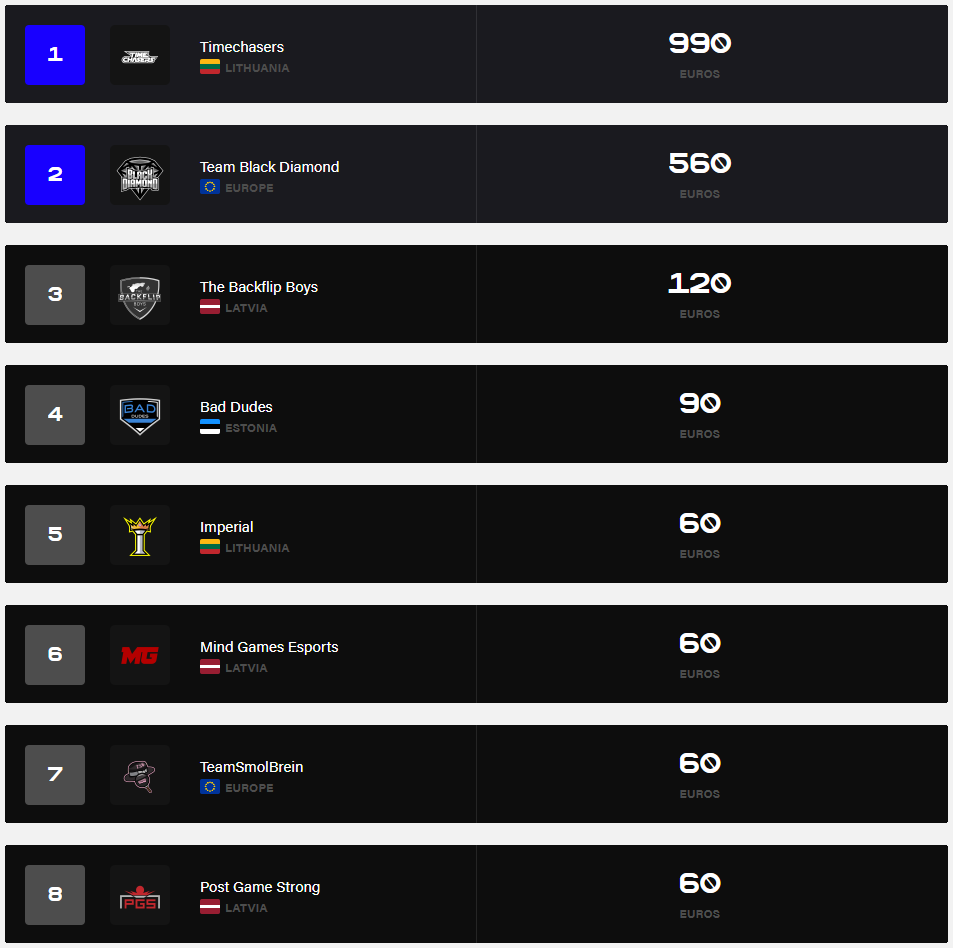